A Disease That Allowed Torrents of Creativity 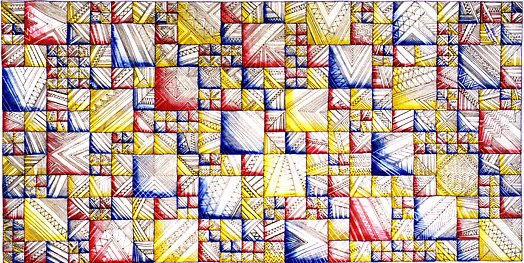 If Rod Serling were alive and writing episodes for "The Twilight Zone," odds are he would have leaped on the true story of Anne Adams, a Canadian scientist turned artist who died of a rare brain disease last year.

Trained in mathematics, chemistry and biology, Dr. Adams left her career as a teacher and bench scientist in 1986 to take care of a son who had been seriously injured in a car accident and was not expected to live. But the young man made a miraculous recovery. After seven weeks, he threw away his crutches and went back to school.

According her husband, Robert, Dr. Adams then decided to abandon science and take up art. She had dabbled with drawing when young, he said in a recent telephone interview, but now she had an intense all-or-nothing drive to paint.

"Anne spent every day from 9 to 5 in her art studio," said Robert Adams, a retired mathematician. Early on, she painted architectural portraits of houses in the West Vancouver, British Columbia, neighborhood where they lived.

In 1994, Dr. Adams became fascinated with the music of the composer Maurice Ravel, her husband recalled. At age 53, she painted "Unravelling Bolero" a work that translated the famous musical score into visual form.

Unbeknown to her, Ravel also suffered from a brain disease whose symptoms were identical to those observed in Dr. Adams, said Dr. Bruce Miller, a neurologist and the director of the Memory and Aging Center at the University of California, San Francisco. Ravel composed "Bolero" in 1928, when he was 53 and began showing signs of his illness with spelling errors in musical scores and letters.

" 'Bolero' is an exercise in compulsivity, structure and perseveration," Dr. Miller said. It builds without a key change until the 326th bar. Then it accelerates into a collapsing finale.

Dr. Adams, who was also drawn to themes of repetition, painted one upright rectangular figure for each bar of "Bolero." The figures are arranged in an orderly manner like the music, countered by a zigzag winding scheme, Dr. Miller said. The transformation of sound to visual form is clear and structured. Height corresponds to volume, shape to note quality and color to pitch. The colors remain unified until the surprise key change in bar 326 that is marked with a run of orange and pink figures that herald the conclusion.

Ravel and Dr. Adams were in the early stages of a rare disease called FTD, or frontotemporal dementia, when they were working, Ravel on "Bolero" and Dr. Adams on her painting of "Bolero," Dr. Miller said. The disease apparently altered circuits in their brains, changing the connections between the front and back parts and resulting in a torrent of creativity.

"We used to think dementias hit the brain diffusely," Dr. Miller said. "Nothing was anatomically specific. That is wrong. We now realize that when specific, dominant circuits are injured or disintegrate, they may release or disinhibit activity in other areas. In other words, if one part of the brain is compromised, another part can remodel and become stronger." 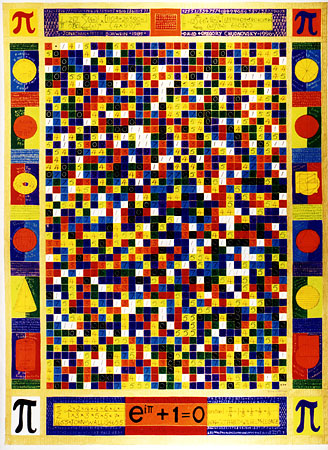 An article by Dr. Miller and colleagues describing how FTD can release new artistic talents was published online in December 2007 by the journal Brain. FTD refers to a group of diseases often misdiagnosed as Alzheimer's disease, in that patients become increasingly demented, Dr. Miller said. But the course and behavioral manifestations of FTD are different.

In the most common variant, patients undergo gradual personality changes. They grow apathetic, become slovenly and typically gain 20 pounds. They behave like 3-year-olds in public, asking embarrassing questions in a loud voice. All along, they deny anything is wrong.

Two other variants of FTD involve loss of language. In one, patients have trouble finding words, Dr. Miller said. When someone says to the patients, "Pass the broccoli," they might reply, "What is broccoli?"

In another, PPA or primary progressive aphasia, the spoken-language network disintegrates. Patients lose the ability to speak.

All three variants share the same underlying pathology. The disease, which has no cure, can progress quickly or, as in the case of Senator Pete V. Domenici, Republican of New Mexico, who announced his retirement last fall because of an FTD diagnosis, over many years.

From 1997 until her death 10 years later, Dr. Adams underwent periodic brain scans that gave her physicians remarkable insights to the changes in her brain.

In 2000, she suddenly had a little trouble finding words," her husband said. "Although she was gifted in mathematics, she could no longer add single digit numbers. She was aware of what was happening to her. She would stamp her foot in frustration."

By then, the circuits in Dr. Adams's brain had reorganized. Her left frontal language areas showed atrophy. Meanwhile, areas in the back of her brain on the right side, devoted to visual and spatial processing, appeared to have thickened.

When artists suffer damage to the right posterior brain, they lose the ability to be creative, Dr. Miller said. Dr. Adams's story is the opposite. Her case and others suggest that artists in general exhibit more right posterior brain dominance. In a healthy brain, these areas help integrate multisensory perception. Colors, sounds, touch and space are intertwined in novel ways. But these posterior regions are usually inhibited by the dominant frontal cortex, he said. When they are released, creativity emerges.

Dr. Adams continued to paint until 2004, when she could no longer hold a brush. Her art, including "An ABC Book of Invertebrates," a rendering of the mathematical ratio pi, an image of a migraine aura and other works, is at two Web sites: members.shaw.ca/adms and memory.ucsf.edu/Art/gallery.htm.

Picture 1: Image of a migraine by Anne Adams, who was drawn to structure and repetition. She had a rare disease that changes connections between parts of the brain.